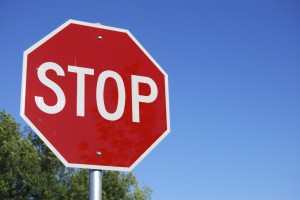 If you want to lose weight, shed fat and get fit, here’s a controversial recommendation:

Don’t get me wrong. Exercise is definitely good for you. And exercise also burns calories. But that’s exactly the problem: If you’ve been exercising for the purpose of burning calories… then maybe you should just stop.

In this article, I’ll explain why exercise to burn calories is a waste of your time. And what you should do instead.

“I’ll have a number one. Super sized. And a chocolate shake. And an apple pie. Make that two apple pies.”

I laughed. My friend Peter was “on tilt” as they say. The day before he’d just successfully completed his first marathon – in just over 4 hours. Not bad for his first time running 26.2 miles. The next day, we went out to lunch. He was limping – perhaps that’s putting it mildly.

He could barely walk. But he managed to drag himself into work the next day, and drag himself to the local fast food restaurant at lunchtime. And I came along for the ride.

He feasted. And why not? He’d earned it! Right?

Well, yes. But here’s the problem:

That meal he just ordered?

Obviously not a “good thing” but the man just ran a freakin’ marathon. Shouldn’t he be allowed to pig out? Here’s the bad news.

Even though he ran a whopping 26.2 miles, my friend probably only burned roughly 2800 calories. (2) Which means his cheat meal basically “undid” all his effort. In other words… he just went through a whole lot of effort just to limp away “tied” in a zero-sum game.

We Get It! Junk Food Is Bad!

My point is NOT that junk food is bad or that fast food can have a lot of calories. We all know this. My point is that exercise – for the purpose of burning calories – is pointless. Because exercise simply doesn’t burn as many calories as we think.

A study done at the University of California at San Francisco’s Human Performance Center found that most exercise machines over-estimate the true amount of calories burned during exercise. (3)

Muscle-heads don’t have it much better. Even an extremely vigorous barbell session will probably only burn between 200 – 400 calories. And that’s being optimistic.

Here’s another way of looking at it:

The other day I was at a park and I saw two women walking in a circle around the park.  They were dressed in typical workout gear so I have no doubt that this hour of walking in circles around the park was definitely considered “exercise.”  In other words, they didn’t show up to smell the roses. 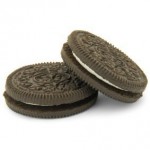 Going for a walk as exercise is useless.

Two Oreo cookies equals 100 calories.  And wouldn’t you know it, they are typically sold in packs of 3.

A hammer is a useful tool, but not for cutting a 2×4. In the same way, cardio is a useful tool. Just not for burning calories. And unfortunately, that’s the way the vast majority of people use exercise.

What should you do instead?

A recent study (4) showed that performing 10 one-minute sprints on an exercise bicycle (with 60 seconds of rest between each sprint) provides the same results as biking at a moderate pace for 2 hours. Other research suggests that short, intense training sessions may provide an afterburn effect – where the body continues to burn calories long after the workout is over. (5) (Although I personally feel the afterburn effect is wildly overblown.  See my article on that topic here.)

If you constantly skip the free weights and head straight for the spin class, perhaps it’s time to change your approach. Resistance training can improve hormone profiles, increase bone density and is proven more effective for losing fat than cardio training alone. (6)

I see dieters constantly trying to “undo” their dietary damage by paying the price on the cardio machines. “I’ll have this cookie.. and then I’ll jump on the treadmill for 30 minutes later tonight.”

The simpler solution? Skip the cookie. And maybe, skip the treadmill too.  Hey — go grab this free report while you’re here.