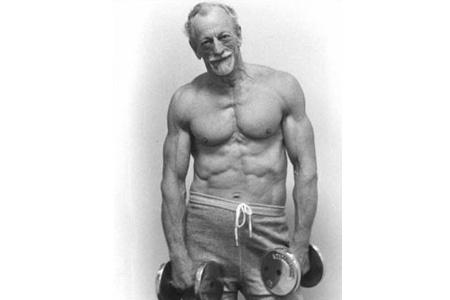 Does testosterone drop as you age? Conventional wisdom says “yes.” Others beg to differ.

It’s been quoted so many times that it’s now considered gospel.

Researchers have known for years that testosterone levels typically drop by about 1% in men every year after age 30.

Where Did The Conventional Wisdom Come From?

So let’s go back to the beginning. Where did this well-regarded fact about men and testosterone come from? Surely there must have been a scientific study at one point that gave birth to this idea?

I started digging. And – to my surprise – I couldn’t find any landmark study that would spark such widespread acceptance of the 1% decline theory.

The study that most people point to is actually not a study at all, but “unpublished findings from Vermeulen and Kaufman,” researchers and authors of Androgens And The Aging Male. 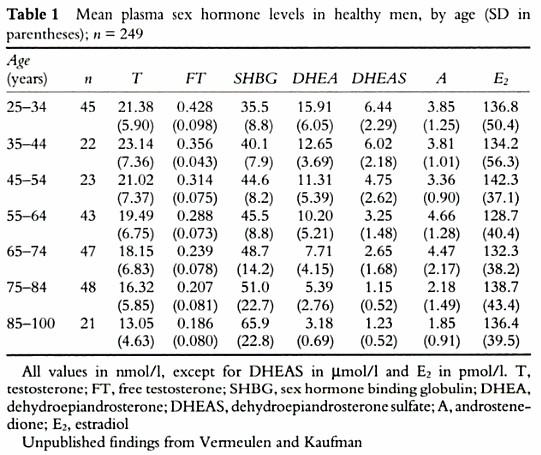 After reviewing the chart, three things jumped out at me. First, this was a small study. Case in point: only 22 men were sampled for the 35-44 age bracket. Second, this was not a “follow up” study comparing the testosterone levels of a 75-year-old man to his levels back when he was 25 years old. This is a study comparing the levels of a 25-year-old man to a completely different man who happens to be 75. Lastly, the study indicates that the men were “healthy.”

On the surface, this sounds like a good thing. But the medical definition of healthy typically means “without any known medical issues.” In other words, we can assume these men did not have diagnosed diabetes or A.I.D.s. But a man who’s 60 pounds overweight and hasn’t exercised in 20 years would most likely still be considered healthy under the guidelines of this study.

Problems aside, the table above does indicate a decline in testosterone levels as the years go by. You can see that with each passing decade, testosterone (T) and free testosterone (FT) levels dropped.

Doesn’t This Prove Testosterone Levels Decline As You Age?

It certainly looks that way. But science rarely gives us neatly packaged answers to complicated questions. So while on surface there appears to be a direct link between aging and declining testosterone levels, let’s dig a little deeper.

And a study presented at the Endocrine Society’s annual meeting found that if overweight men lose weight, their testosterone levels increase. (2) And we certainly don’t need a scientific study to determine what we’ve all noticed at our high school reunions: As people get older, they tend to get fatter.

This begs the following questions: Is the decline in testosterone beyond our control? Is it something that just happens as we get older? Our hair turns gray, our testosterone levels drop, and suddenly we’re complaining that the music in this place is JUST TOO LOUD! Is that how it happens?

Or do our testosterone levels fall in response to excess body fat, lack of exercise, poor sleep, and other negative attributes that tend to build up over time as we age?

Scientists in Australia found evidence supporting the latter. In “The Healthy Man” study, researchers found if a man remains healthy and keeps his BMI level below 26, there is no significant decline in testosterone levels. The researchers examined 325 men, ages ranging from 40 to 97. They took nine blood samples over a time period of 90 days. (3)

So What’s The Verdict?

What’s the final answer: Do testosterone levels drop 1-2% a year or not at all (provided you stay healthy and fit)?

The truth is: I don’t know. I’m not a doctor. And even the doctors are divided. There’s certainly evidence on both sides of the fence. And as always, when it comes to your body you should start with a full screening and a lengthy conversation with your doctor.

But I will say this: 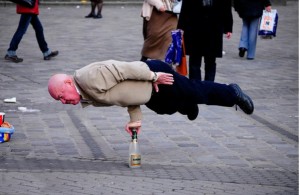 You can play the age card. Or you can do one-arm push-ups on a beer bottle. Your call.

Maybe a small part of being a man is refusing to accept a bad deal at face value. Refusing to play the “age” card. If you feel like your testosterone levels are on the way down, it’s easy enough to throw up your hands, curse the relentless march of time and plop down on the couch for another night of must-see-TV. Or, you can stand up and fight back. Eat right. Hit the gym. Lose the gut. Get some zzzz’s.

One thing is certain: Aging is inevitable. But aging well, or aging badly, is often well within your control.