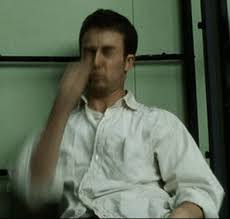 This is what I want to do when an “expert” says the word “metabolism.”

Hate the word itself. “Metabolism.”

Because the word “metabolism” causes so much confusion. Not just among regular people… but nutritionists, doctors and fitness trainers are just as likely to get the facts wrong when it comes to metabolism. While researching this article, I found a wide variety of “metabolism myths” articles, published on very high profile websites by very important people with many fancy letters after their names.

Hilariously, most of the articles designed to dispel the myths about metabolism actually contain numerous inaccuracies.

So, once and for all, let’s put these bastards in the ground:

In addition to the “skipping meals will crash your metabolism” myth, I’ve also seen various hacks experts promoting the idea that eating breakfast will somehow “jump start” your metabolism.

Both are false, by the way. And I’ll show you why in a minute. But first, let’s define our terms.

“Metabolism” is a broad term, a blanket phase that covers an array of processes within your body that require energy.

So for this article, when we talk talk about your “metabolism” we mean your resting metabolic rate.

Now.. how about the idea that skipping breakfast (or any meal) can somehow “damage” or slow your metabolism?

Well, let’s look at the science: 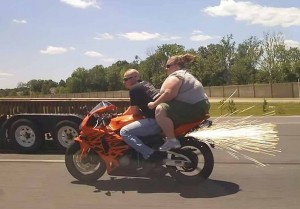 Out of our way! If we don’t get this woman breakfast her metabolism will crash!

After 3 weeks, scientists found no change in resting metabolic rate of the test subjects. (1)

Another study found no difference in resting metabolic rate between an overnight fast or a 3 day fast. (2)

So according to the science, it doesn’t matter whether you skip one meal, one day of meals, or 3 days of meals… your resting metabolic rate won’t change.

The truth: In scientific studies, skipping a meal or even skipping all meals for 24 hours shows no negative effect on an individual’s resting metabolic rate.

There’s actually a tiny, microscopic element of truth to this…. which is probably why this myth is so prevalent.

But here’s the whole truth:

Yes, your metabolism dips ever so slightly as you age. How much?

What’s that you say? That’s only a 4 calorie decline over five decades? And… that’s exactly my point. 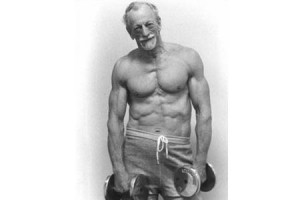 His metabolism: Not slowing down.

Four calories is nothing. It’s a grape. It’s a single french fry. It’s walking up and down one flight of stairs… once.

In other words… if you’re 100 pounds heavier in your 70’s as compared to your 20’s…. it ain’t because your metabolism slowed down. It’s because YOU did. You stopped moving as much, stopped exercising as much, and started eating more.

The truth: Once you reach adulthood, your resting metabolic rate remains essentially unchanged for your entire life.

Myth #3) Building Muscle Will “Speed Up” Your Metabolism

Again… tiny amount of truth to this one too. It is often said that each pound of muscle you build will burn 50 calories an hour or something like that.

Unfortunately, that’s incorrect. The correct measurement? Each pound of muscle will burn 5-6 calories per day (at rest). (4) And most natural (steroid-free) trainees will likely NEVER add more than 20-30 pounds of muscle over their lifetime.

So yes, muscle does help boost your metabolism a tiny amount. But if you think you can build a few pounds of muscle, and then sit around on the couch stuffing your face you’re in for a rude surprise.

The real caloric burning value of muscle is the time spent in the gym building/maintaining your muscle mass. That’s where the calories will be burned. Not while you’re on the couch watching football.

The truth: Since muscle uses only 5 calories per pound at rest, even building an extra 30 pounds of muscle will have only minimal effects on your resting metabolic rate.

Perhaps this myth is the most insidious of them all. Because it’s this myth that lets people off the hook. Gives them an excuse as to why they can’t seem to lose the weight. After all, overweight people are cursed with slow metabolisms while thin people hit the genetic lottery and were born with rabbit-quick metabolisms… right?

The truth is so strange… you probably won’t believe me.

The first guy is straight up SKINNY, weighing in at just 135 lbs.

The $64,000 question is: Who has the fastest RMR (resting metabolic rate)? Who has the slowest?

And here’s the answer that will blow your mind: If tested, all 4 men will most likely have almost exactly the same resting metabolic rate.

And here’s why this is so:

When scientists want to calculate a person’s resting metabolic rate, the most commonly used formula is the Katch-McArdle formula.

Notice this equation only has one variable: Lean Body Mass

(Stay with me here, this part is crucial):

But muscle makes up only a portion of your lean body mass. 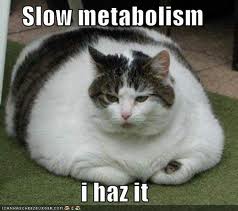 So even if one guy is carrying 30 pounds more muscle than another guy, that’s only going to increase his resting metabolic rate by 150 calories per day. Which means if our muscle guy eats ONE extra spoonful of peanut butter, he’s essentially wiped out the caloric-burning advantage of having 30 extra pounds of muscle.

And since fat is essentially metabolically inactive (meaning fat does not use a significant amount of calories for energy), it doesn’t matter if you’re carrying 20 pounds of body fat or 200 pounds of body fat – your resting metabolism rate will be just about the same!

The truth: Your resting metabolic rate is mainly determined by your height and the amount of lean body mass you have. So an overweight person and a skinny person of the same height will most likely have roughly the same resting metabolic rate. Therefore, diet and activity levels will be the primary factors determining whether someone is lean or overweight, not “metabolism.”

When a person struggles with their weight, I often notice them over-emphasizing “metabolism” while under-emphasizing the importance of diet and exercise.  This is backwards.

Your resting metabolic rate is essentially fixed. It’s not going to change too much. So stop worrying about your precious metabolism and start focusing on behaviors under your control (diet & exercise).

Important Note: I don’t blog frequently because I save my best tips for the newsletter subscribers. Sign up for FREE by entering your email address here.