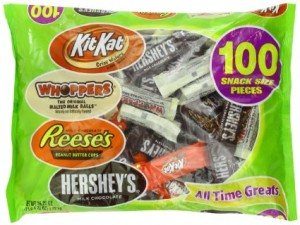 Eat it all… and still lose fat?

This is going to blow your mind.

But you could actually eat 30 fun-sized pieces of Halloween candy on Friday night, Saturday night and Sunday night… and wake up with less fat on Monday morning.

And no, you don’t have to run a marathon or do burpees until you puke.

You can just sit on the couch and stuff your face.

And no, this isn’t a Halloween gag.  It’s science.

Researchers in the Fukuoka University (Japan) took healthy, non-obese Japanese men and overfed them 1500 calories a day for three days. (This means they consumed 1500 calories OVER their maintenance levels.) They measured their body weight, fat-free mass (aka lean mass) and fat mass before and after the study.

The changes were minimal.

Results of 3 days of over-feeding.

As you can see, there was an increase in body weight, most likely due to water gain.

But the vast majority of subjects actually LOST fat, albeit just a small amount (less than a pound).

You would expect consuming 1500 calories OVER maintenance for 3 days would result in a bit of fat gain. So to find out not only did the subjects NOT gain fat, but they actually lost a fraction of a pound of fat is surprising.

Was Exercise The Answer?

My first thought was the already lean test subjects simply exercised more and burned off the extra calories. But it turns out the subjects were told to AVOID exercise and had to wear accelerometers (a device that tracks the amount of physical activity) to ensure compliance.

So assuming the data is correct, the conclusion stands: Lean people can pig out for 3 days and “get away with it.”

Well, that is the million dollar question. And to be honest, I’m not sure. 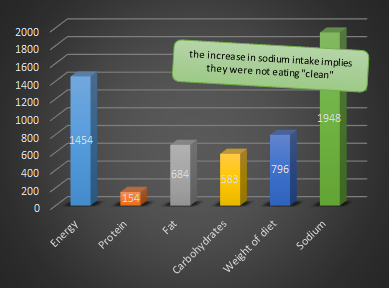 Test subjects ate plenty of carbs and salt. In other words, junk food.

In theory, if the subjects consumed a bunch more protein during their overfeeding you could make the case that the increase in dietary protein is what prevented the fat gain (since protein takes more energy to digest.) But it appears most of the test subjects jacked up their carbohydrate intake to reach their 1500 calorie overfeeding goal. Protein intake was a shockingly low 11% of total calories.

Another theory is that the body responds to short-term overfeeding by increasing certain system processes which could result in more calories burned. In other words, maybe your heart rate speeds a bit, body temp goes up and you burn a few more calories than usual.

It’s a theory, but it’s hard to imagine it being enough to burn off an extra 1500 calories per day.

So in short, while I don’t perfectly understand why this is true, it does appear to be true.

This study validates something I’ve noticed for a while now.

Ever notice when an overweight person goes on vacation, the common complaint/brag is “I must have gained 10 pounds in a week!”

And yet, I’ve noticed lean people often end up LOSING weight on vacation — even when eating whatever and whenever they want. Originally I attributed this to the fact that most of us end up walking a bit more than usual when we’re on vacation. But in light of this recent study, I don’t think walking (or activity level) is the primary factor.

But Keep This In Mind…

So… I Can Haz Candy? 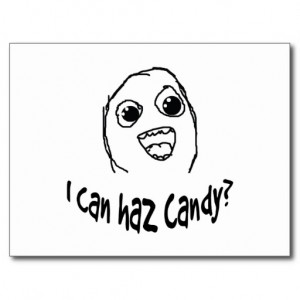 Answer #1: YES! If you are already lean and you are NOT trying to lose any more weight, then this study certainly validates the idea of having a cheat day from time to time. We don’t know what would have happened if the test subjects had consumed MORE than 1500 calories over their maintenance levels so it’s probably a good idea to follow a similar “cap” for your cheat days.

Again, this only applies if you are ALREADY lean and NOT trying to lose any more weight. How lean do you need to be?

First thing in the morning, before eating but after using the bathroom, run a tape measure around your waist. (at the bellybutton level).

Answer #2: NO! If you are trying to lose weight, then consuming 1500 calories over your maintenance level for 3 days might NOT make you gain any fat, but it will certainly PREVENT you from losing any fat. Let’s look at the numbers:

To lose a pound of fat in a week you must create a caloric deficit of about 3500 calories.

If you overeat 1500 calories a day for 3 days, that is a surplus of 4500 calories. To “salvage” the week, you would then need to create a caloric deficit of 8,000 calories over the remaining 4 days of the week to have any chance of losing one pound of fat in this week. That’s virtually impossible unless you go on a water-only fast for 4 days. And even that might not be enough. 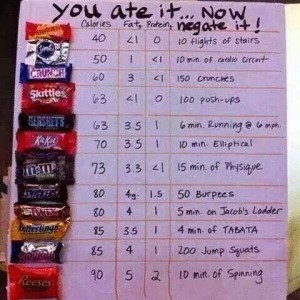 If you’re lean, you can eat without guilt.

Stop screwing around and get it done.

Yes, the process sucks. Getting lean is absolutely no fun. But once you are lean, staying lean is relatively easy. Especially when you can pig out for 3 days, do absolutely no exercise and still wake up leaner than ever after all is said and done. So just do it. Stop talking about it and just do it. Decide once and for all to get lean and don’t quit until you’ve done it.