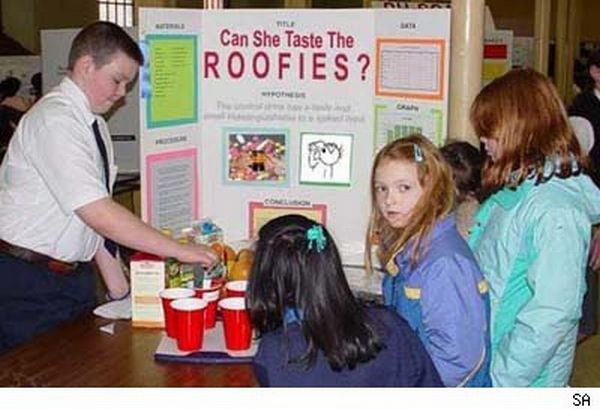 Don’t be fooled by sloppy science.

If you want to lose weight, get fit, add muscle or just improve your health, then sooner or later you’ll run into “a scientific study.”

Or read about it on a forum.  “Brah!  Don’t you know you gotta eat dis for maximum gainz?  Study proves it.”

If — like me — you don’t have a PhD in biomedical science, then it can be tough to wade through all the geek talk.  But fear not.  Because if you can remember one simple rule, you can avoid getting tricked by mountains of sloppy science. 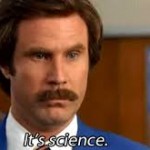 Huh?  Don’t worry, I’ll explain.  Let’s say there was a scientific study showing that people who drive BMW’s tend to live longer than people who don’t.   You can picture how the talking heads on the TV would jump on this.  “Coming up at 11… can driving this car actually make you live longer?  A new study says Yes!”

BMW owners are typically wealthier, which means they can afford better medical treatment, probably spend more time exercising, probably eat higher quality foods — as you can see there are hundreds of other reasons that might explain the longer life span.  Correlation studies are fine.  They are useful.  Until you take a correlation study and try to use it as proof for causation.  That’s where things get sloppy.

Let me give you three examples:

Clearly, these observational studies showed a correlation… but not necessarily causation.  Scientists knew this — and naturally they started testing for a direct link (causation) between high fiber intake and reduced incidence of colon cancer.  But while scientists were testing the theory, the mainstream media and medical professionals simply ran with the idea that dietary fiber prevents colon cancer.

The problem?  It doesn’t.  Newer and better-controlled studies have failed to establish any link between a high intake of dietary fiber and a lower rate of colon cancer. (2)

And yet — despite the fact that there’s no hard data — many people still mistakenly believe that dietary fiber prevents colon cancer.

In 2012, a study was released that showed eggs were worse for you than smoking.  Except… it didn’t actually show that.   It was an observational study — where researchers asked participants to recall how many eggs they ate and then examined the plaque build-up in their arteries.  Those who recalled eating more eggs had more plaque.

Are you starting to see how this works?  There was a correlation between eating eggs and plaque build-up… but certainly no causation.  Researchers did not ask the participants anything about whether or not they exercised, whether they were heavy drinkers… or how many milk shakes they drank per day.    If a participant in this study drank 15 milk shakes per day and happened to have a high level of plaque… the researchers would never know.  Because they were only asking about the eggs.

#3)  Sleeping Only 5 Hours Per Night Best For Your Health?

This one fires me up because it’s fooled so many people.  Apparently even Dave Asprey, a pretty smart dude who runs TheBulletProofExecutive.com website, hasn’t figured this one out.

So a sleep study using over a million test subjects showed that “statistically speaking, if you slept 5 hours, you’re better off than if you slept 8.” (3)

Again, this is a correlation study.  If you think about it, there are all kinds of reasons why people who sleep less might live longer than people who sleep longer.  People who sleep longer might be unemployed, drunk, drug-addicts while the early-risers might be getting up early to hit the gym before work.  As you can see, trying to show that this study “proves” sleeping less is actually good for you is a huge mistake.

And yet — the headline from Asprey article reads:  “1 Million People Prove Sleeping 5 Hours Is Healthier Than Sleeping 8 Hours.”

Nope.  1 Million people did not prove any such thing.   Not even close.   Even the doctor who ran the study makes a brutal misstep when he says “individuals who now average 6.5 hours of sleep a night, can be reassured that this is a safe amount of sleep. From a health standpoint, there is no reason to sleep longer.”

There is no way he can draw that conclusion from that study.  No way he can make that claim with any degree of scientific accuracy.  And yet… he did.  And now people are running with that story as if it’s the gospel truth.  And that’s sad.

Because there are plenty of other studies that indicate sleeping longer is better for you.  Truth is, we don’t know for sure what the proper amount of sleep is for optimal health.  There are no right answers.  But giving a definitive answer based on a correlation study is clearly the wrong answer.

Studies are useful.  Studies that show causation are awesome, but increasingly rare. The next time you hear the words “a new study shows” keep in mind that it’s most likely a correlation study.  Don’t confuse correlation with causation and you too can avoid getting tricked by sloppy science.   Now if you’ll excuse me, I’m going BMW shopping.  I just heard about a new study…