Most people are familiar with the famous exchange between Scott Fitzgerald and Ernest Hemingway regarding rich people. “Rich people are different than us”, Fitzgerald said. And Hemingway’s legendary reply, “Yes, they have more money.”

Anyone starting out a fitness program can relate. You notice a fit person and can’t help but think they are different from your average person. Hemingway might retort that, yes fit people are in better shape.  But the difference goes deeper.

In this article, I’ll give you five “unspoken” truths about the ultra fit. 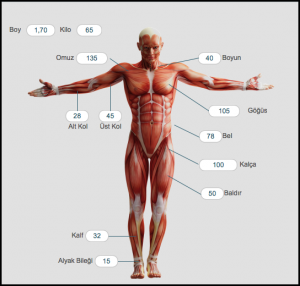 I haven’t stepped on a scale in a while yet I can probably guess my body weight accurately within two pounds. When it comes to food, I can accurately guess how many calories, fat, carbs and protein a food has even if I’ve never tried it before.

This is a skill honed over decades of training and diet. Whereas beginners often tell me they have no idea how much they weigh now because they are afraid to look.

In that same regard, I often ask clients to guess how many calories are in an egg. (It’s roughly 70 calories by the way). Fit people will usually guess between 50 and 100 calories. Whereas those struggling with their weight are way off the mark. 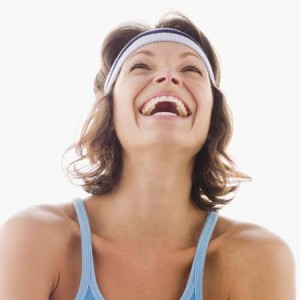 OMG this is so great, weeeeeeeeee.

Don’t get me wrong.

We don’t like ALL forms of exercise.  I’d rather shove bamboo shoots under my finger nails than go for a 3 mile jog.

But I love going to the gym and lifting heavy.  Even though training in this manner isn’t always easy or “fun”, I still love it. Unfit people typically associate exercise with pain, hardship and boredom. You’ll never stick with anything long-term if you hate it. Fit people have simply tried enough different forms of exercise and found something they like to do.

I’ve eaten the exact same thing for dinner for close to five years now. (Lean beef, taco seasoning, lettuce, cheese and a splash of red hot sauce.) Sure, from time to time when I go out to eat my dinner will change but 29 days out of 30 I typically eat the exact same foods.

I’ll be the first to admit that’s weird. I don’t like to tell people that fact because they inevitably look at me funny. And yet, when I share that with another fit person they lower their voice and say “you know what? Me too.”

When you eat the same foods over and over again, it’s easier to control calories and it frees up an enormous amount of time because you’re not planning and cooking new and elaborate meals.

She knows what’s up.

After I finished my first weightlifting competition, I took one day off. The day after that I was right back in the gym training for the next competition even though it was a year away.

The ultra fit have no “end date” in mind.  We plan to train and eat right for the rest of our lives.  We may take short breaks from time to time but after the vacation is over we’re right back in the gym.

#5) We’re probably a little bit sick in the head. 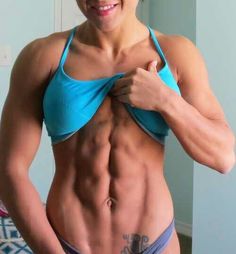 If I miss an training session, I get moody and cranky. I’m always in a better mood on my training days than on my rest days and I often find myself wanting to “fast forward” through my rest days just to hurry up and get to another training day.

I haven’t missed a scheduled training day in YEARS. I’ll train on holidays. I’ll train when I’m sick. I’ll train when I’m injured. With regards to diet, I rarely “cheat.” Heck, I once went seven straight days without eating a single bite of food. Why? Just to see if I could do it. And yes, I still trained during those seven days.

Most of the fittest people I know show the same addictive personality traits. I wouldn’t be surprised if most fit people have some form of obsessive compulsive disorder. So it’s not really a stretch to say that the fittest people are probably a little bit “off.”

Now you know the unspoken truths about the fittest people. So the next time you see a fit person with washboard abs and bulging biceps you’ll know the truth about what’s going on beneath the surface.  Like this article?  You’ll love this too.