For my money, the easiest way to burn fat and get fit is to simply start eating two meals per day with no snacks.

It works so well, eating two meals per day became the cornerstone of The 2-2-2-2 Method. 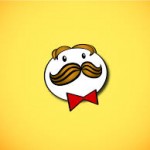 Once you pop, you can’t stop.

The reason is works is simple:  As humans, we’re hard-wired to eat until we’re full.  I call it “The Pringles Phenomenon”, after the chip company’s slogan:  “Once you pop, you can’t stop.”  Because we instinctively eat until we’re full, it’s very difficult to eat small meals.  In theory, eating multiple small meals throughout the day is a fine strategy for losing weight.  But in reality, it’s difficult for us to actually eat small meals — more often than not they turn into medium or large meals and weight loss comes to a screeching halt.

But by eating only two meals per day, you can eat two very large meals (feasts!) and still lose weight.  Because even though you’re eating larger meals, you still end up reducing calorie intake overall simply because you’re eating less often.   Whenever I mention the strategy, I always get a few emails (from teenagers, I presume) asking if I can name a bunch of famous athletes or movie stars who use this method.  I assume these emails are from teenagers because it’s obviously a teenage way of thinking to seek celebrity validation for anything and everything.

Truth be told, I cannot name a bunch of high level athletes or celebrities that adhere to the 2-meal per day system.  This does not make the method “bad.”  It simply means for the time being, the two-meal per day strategy is still very much under-the-radar.  However, here are a few examples of people who claimed to eat only two meals per day.
END_OF_DOCUMENT_TOKEN_TO_BE_REPLACED