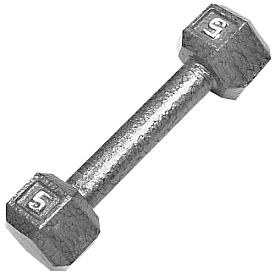 Can you build large muscles with little weights?

Hi Matt, hope this email finds you well. I’m a big fan of your original building a classic physique book. Since reading the book I have also been doing a bit of reading around the sandow plus site and have noticed that quite a lot of the material discusses how strongmen of that era used a ‘light dumbell’ method of training. It seems to involve using 5lbs dumbells to self generate tension. A guy named David Bolton has written a book on it “the lost secret to a great body” and claims to have had some pretty impressive results from using this method almost exclusively.

Do you have any experience of this light dumbell method? Do you know if it was the way that Sandow, Attila etc built their physiques? Or was this just a marketing ploy of the time to make some money selling light wooden dumbells?! — Steve P.

Thanks for the question Steve. For those of you who don’t know, “Sandow” and Attila were famous strongmen from over a hundred years ago.  There is a currently renewed interest in their training methods because these men managed to build impressive physiques long before steroids were invented.

Just like Steve mentioned, I’ve seen plenty of claims that Sandow, Attila and other trainers of the classic age built their physiques using light weights.

But I’ve done quite a bit of research in this area and I can tell you that it was quite common for fitness professionals back then to say one thing yet do another.  (Hmmm, I guess a lot of fitness people still do that today.  Ain’t nothin’ changed.) 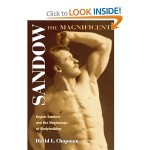 Anyway, I think the following information will shed some light on the situation.  The following excerpt is from the book “Sandow The Magnificent:  Eugen Sandow and the beginnings of bodybuilding” by David Chapman.
Pages 9-10:
“Under Attila’s tutelage, Sandow began to develop his body on a more regular and scientific basis. […] What exactly did Attila do for Sandow?  Before his meeting with the elder strongman, Sandow had developed his physique as an acrobat and gymnast.  The early photographs of him tend to bear this out:  Sandow’s physique is lean and sinewy but without the bulk that he later acquired.  After his contact with Attila, however, Sandow began to put on more mass and to acquire the body of a bona fide muscleman.  This transformation can largely be attributed to the older man’s credence in the use of heavy weights.   […]

Professor Attila’s greatest contribution to Sandow and to weight training in general was his insistence on using heavy weights.  This itself was flying in the face of popular wisdom.  It was commonly believed that lifting weights heavier than 5 or 10 pounds eventually lead the athlete to a condition called muscle binding, in which the unfortunate victim became so muscular he could not move his limbs.

Attila was one of the few teachers who realized this was all a lot of nonsense.  He knew that gradually increasing the amount of weight athlete trains with, known as progressive weight training, was the only path to muscularity and strength.  Thus, thanks to this technique and Attila’s expertise Sandow was transformed from a wiry acrobat to a heavily muscled athlete.” 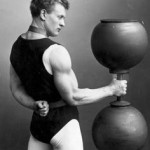 Seems pretty cut and dried to me.  Don’t get me wrong, I’m sure you can build a bit of muscle by using light weights and holding them in such a way as to maximize muscular tension.  But at some point you need to increase the resistance and the simplest way to do that is to simply increase the weight.

As an interesting side note, Attila was actually one of the first to use the shot-loaded barbell.  This invention allowed trainers to slowly increase the weights they were training with by adding a bit of sand or shot to make the barbell heavier and heavier over time.

So in my opinion, training with light weights might be a fun distraction.  And if you make yourself lean (via diet) you can probably even build a lean and ripped physique with nothing more than a 5-pound dumbbell.  But if you want to maximize size and strength, you will need to train with heavier and heavier resistance.